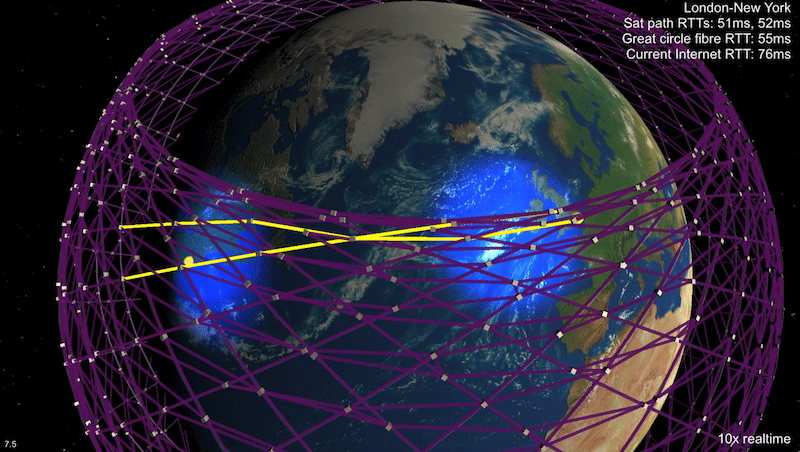 If it depends on Elon Musk, the planes will have lightning-fast internet access. The businessman intends to use the Starlink project, developed by SpaceX, to put satellites in low orbit and take connection to remote regions and airplanes.

Starlink was created with the intention of producing high-performance, low-cost satellites. The idea is to make a low orbit global broadband and internet backbone. The advantage of the system is that the Internet achieves much lower pings than geostationary satellites.

To give you an idea, the pings reached by SpaceX’s Starlink Internet are between 20 and 40 ms. In current aircraft, according to the conventional model, it exceeds 600 ms. Despite the daring idea, there are still no aircraft that support this model of data reception and transmission. In this type of vehicle, everything must be done in a calculated way so as not to affect the communication systems.

“Users are no longer willing to give up connectivity while on the go, whether it’s driving a truck across the country, moving a cargo ship from Europe to a US port, or during a domestic or international flight. To help meet this demand, Starlink has implemented an innovative, cost-effective and spectrum-efficient satellite system capable of delivering robust broadband services to customers around the world, especially in underserved and underserved areas”, SpaceX said.

To extend the tests, Musk’s company said it had applied to the United States Federal Communications Commission (FCC) for permission to provide Internet access to planes, ships and land vehicles. In the near future, the company also intends to bring the connection to homes and businesses.

The big challenge for SpaceX is to convince airlines to change the Wi-Fi system on airplanes, since the technology developed by Starlink is not compatible with the current antenna standard. This change will certainly bring costs.

There is still no prediction of when it should start working.